Red Dirt Proxies Review – How Effective Are Its Proxies? The Truth

Today, I’m going to talk about Red Dirt Proxies – its features, use cases, price ranges, and many more.

That’s right; you’ll get the full scoop. Everything you need to know before you try out the service lies in my thorough Red Dirt Proxies review.

Without further ado, let’s get to the heart of the matter!

What Is Red Dirt Proxies?

They sell three types of proxies:

Their data centers sit in London, Virginia, and New York.

I couldn’t find the exact locations for their residential proxies or the information about the proxy pool size.

The company’s primary focus is on sneaker proxies, but you can also use their proxies for other use cases.

For example, they can help you with:

Since their proxies are optimized for sneaker copping, people usually buy them for those purposes.

From what I was able to find out, many users on Reddit put in a good word for their sneaker proxies.

They say they’re lightning fast, and most of them were able to cook some limited-edition grails before anyone else.

You can use Red Dirt Proxies on several different sneaker sites, such as:

However, the company doesn’t guarantee their proxies will work on those sites.

Who wants to buy proxies that might get blocked?

Also, the fact that they’re sold out most of the time means they’re probably reselling some other company’s proxies.

My guess is they get them in bulk and sell them right before major sneaker drops.

Here’s the list of the main Red Dirt Proxies features:

Red Dirt Proxies doesn’t disclose the residential proxies’ exact locations, but you can get the information by contacting their customer support.

They have three data center locations:

As you can see, only the US and the UK are included.

For their data center proxies, they provide unlimited bandwidth.

You’re paying per amount of proxies in the package.

That means that you can use as much data as you need, and they won’t charge it additionally.

As for residential proxies, you’re paying per amount of data (GB), and it expires at the end of the month.

As you already noticed, I mentioned they offer ISP proxies.

ISP proxies are a mixture of residential and datacenter proxies.

They have the architecture of data centers, meaning they’re speedy.

However, ISP proxies also have a security level of residential proxies since ISP networks support them.

Some think of it as a downside, but I think it’s not a big deal since the latter method is not that flexible.

Both sticky and rotating sessions

They sell both sticky and rotating sessions for the residential plan.

That means you can use their residential proxies for many use cases, not just shopping.

You can do market research, manage social media accounts or scrape through the web.

You can easily download the proxy tester from their website and test the IPs before using them.

Red Dirt doesn’t have a live chat, which is unfortunate.

You can get them via Discord.

They claim they have millions of residential IPs, and you can allegedly generate thousands of them. 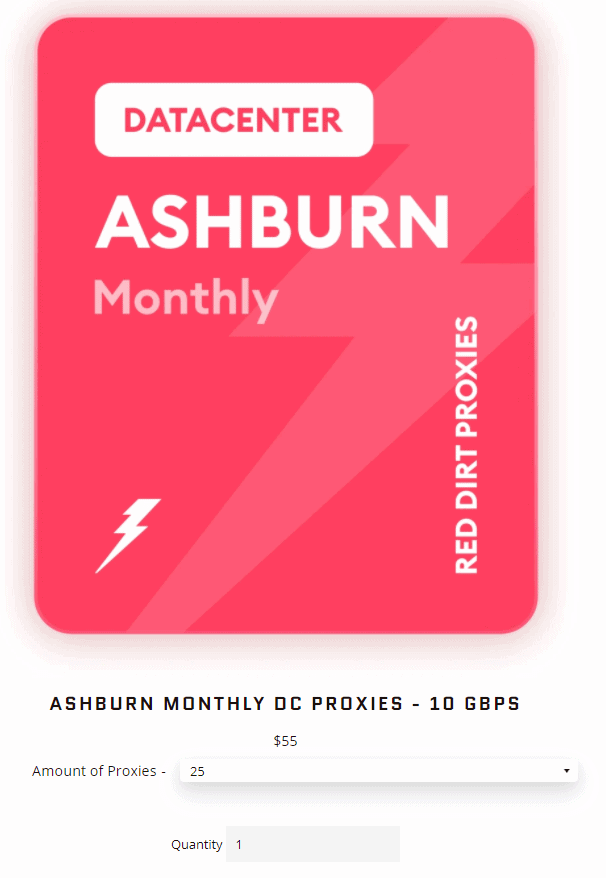 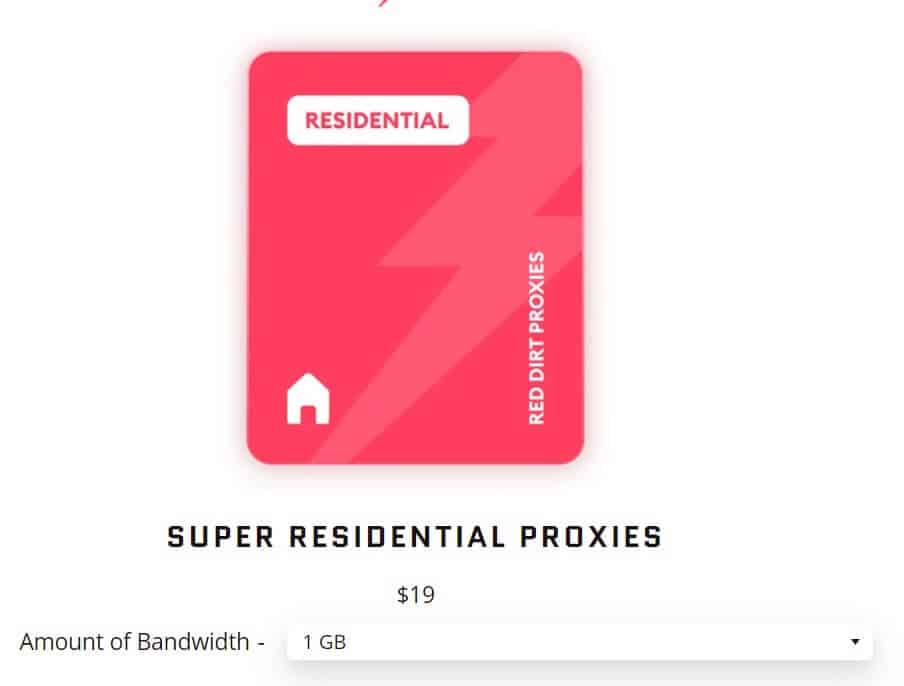 Since they offer unlimited bandwidth for data center plans, you choose them according to the number of proxies you need.

Starter prices for datacenter plans vary from $30 or $50 and go up to a few hundred dollars.

Now, for the limited features and the fact that they may not work, this is expensive.

Their residential plan also came as a shock to me. It starts at $19 per GB.

But since they don’t disclose which locations they offer and lack many handy features like city targeting or a dashboard, this is absurd.

Proxyland is an excellent alternative to Red Dirt Proxies.

Not only is the service 6 times cheaper than Red Dirt Proxies, but it also offers a lot more.

Is Red Dirt Proxies Any Good?

Red Dirt Proxies is a legitimate company, and your safety is essential to them.

Their proxies are definitely not the best I’ve tried so far, but they’re swift, and they usually always get the job done.

However, I have to say their datacenter proxies are not so reliable, so you should probably avoid them altogether.

Nevertheless, their proxies cover different use cases, but they work best for sneaker copping.

Why You Should Try Red Dirt Proxies

Why You Should NOT Try Red Dirt Proxies

Red Dirt Proxies’ packages are costly in the long run.

What’s more, they are limited in the number of features, use cases, and locations.

There are proxy providers that can offer everything you need for a small amount of money.

Proxyland is one of them, as their services are top-notch and the prices are low.

Here are the main points:

Price: They are costly. ❌

Accessibility for small businesses: Not suited for small companies or individuals.  ❌

Affordability: Their proxies are fine for one-time use, nothing more than that.  ❌

In the end, what do I think of Red Dirt Proxies? Should you try their services?

I’m leaning towards no.

I mean, their proxies work just fine but they lack many features and cost an awful lot for an individual like me.

If you’re a sneakerhead who needs proxies for certain drops, then I’d say go for it.

That is, if you manage to buy their proxies at all, since they’re sold out most of the time.

My advice would be to find an alternative for Red Dirt Proxies, like the one I talked about.

Proxyland covers many use cases and offers fresh and quality residential IPs. Go ahead and check them out to see what I’m talking about!

Geosurf Review – All You Need To Know Before You Try It

Oculus Proxies Review – Should You Try It Out? The Truth

Want to stay up to date and get free goodies? Sign up to our newsletter.

Thank you! You have successfully subscribed to our newsletter.